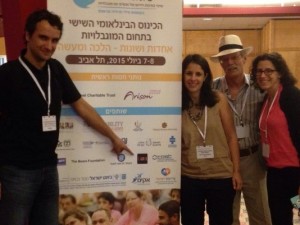 The conference was three days long.  There were 25 countries represented and close to 1000 attendees.  The third day was held at Beit Issie Shapiro with a special program for international guests. 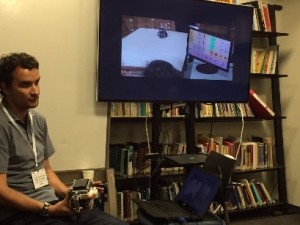 The LUDI Network presented a parallel session, on day 2, entitled LUDI: Technology and Play for Children with Disabilities.

There were four LUDI members representing the network, Pedro Encarnação, from Portugal, Ben Robins, from the UK, and Dana Cappel and Noa Nitzan from Israel, each presenting their own work.  In addition Pedro and Ben gave an introductory presentation of the LUDI Network and the work we have done so far. The session was dedicated in memory of Dr. Gert Jan Gelderblom.

The session was a big success with over 150 attendees and we received very good feedback both about our work and about LUDI. 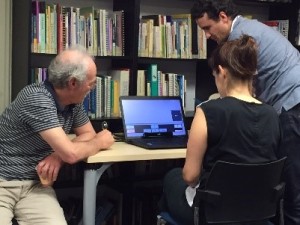 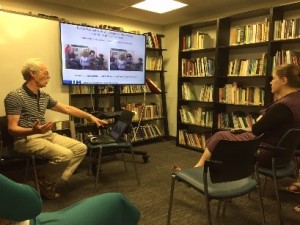 Two other guests attended as well, both are accessible park designers:  Mark Triegleff from the United States and Ben Richards from Australia.

The tour was very educational and highlighted the considerations and importance given not just to the equipment but to the design and flow of the space. Dilemmas and difficulties were discussed. Following the visit to the park, there were special presentations at Beit Issie Shapiro, including one by our Executive Director, Jean Judes, outlining Beit Issie Shapiro’s unique approach to developing and exporting knowledge in the field of disability awareness and research. 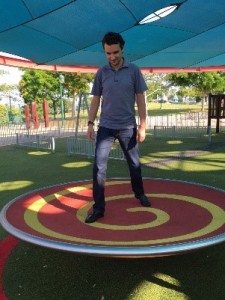 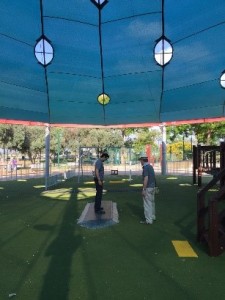 As one of her examples, she mentioned our technology and play contribution to the LUDI COST Action.  Considering the number of international attendees in the room it was very nice exposure for LUDI.  Following a tour of the Center we hosted a workshop for the paraprofessionals (physiotherapists, occupational therapists, speech and language pathologists, and emotional therapists) working at Beit Issie Shapiro.  Ben and Pedro each presented their work and the staff had a chance to try out the Lego Mindstorms for themselves.

Our staff were very impressed by Pedro and Ben’s work! 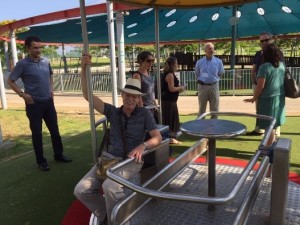 The event ended with a traditional lunch at a nearby synagogue.  It was a meaningful and enjoyable end to a fruitful few days, allowing us to share in the atmosphere of collaboration with colleagues from all over the world. 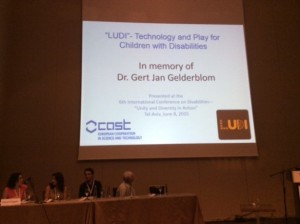 The conference and our session were both very successful. We were happy to hear about Ben and Pedro’s work and are also glad that Ben and Pedro had the opportunity to see the work we are doing here at Beit Issie Shapiro, and elsewhere in Israel.

This site uses Akismet to reduce spam. Learn how your comment data is processed.